Dear Customers & Business Partners!
Welcome at Hygiene-shop.eu!
On our page current information we will keep you posted about new products & current affairs.
We wish you all good health in these uncertain times!
Categories
Information
Payment methods 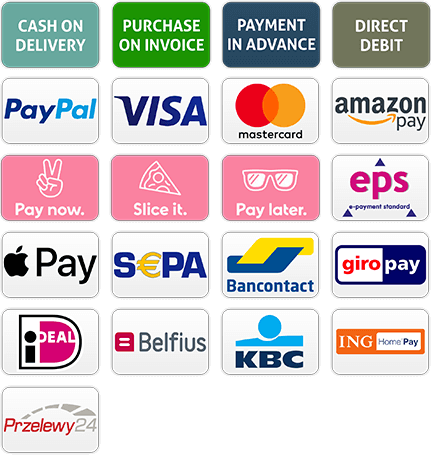 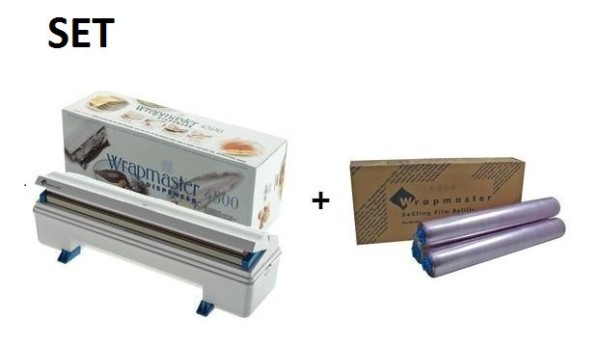 BENEFIT SET - Wrapmaster 4500 dispenser for precise handling and cling film of polyethylene for daily use!

Wrapmaster dispenser 4500
The professional in terms of hygiene, efficiency and safety, because everyone knows the problem: films can not be torn down and stick - but that is now history.

The Wrapmaster 4500 can be equipped with 45 cm wide and up to 300 meters long cling or aluminum foil. The robust and easy to clean container, the films are optimally protected from damage and contamination.
The fact that the device housing as all Wrapmastermodels is dishwasher safe up to 90 degrees, ensures compliance with the strictest hygienic requirements.

The Wrapmaster Dispenser offers further its precise handling. There are no more an annoying film to add a piece,because clear or aluminum foil can easily in any application, are cut straight and in the correct length.
Pointless film wear is no longer an issue.The Wrapmaster saves considerable material and thus up to 35% packaging costs.
The patented cutting system for all Wrapmaster products also ensures more security and can belong finger cut wounds of the past.
The Wrapmaster can be used free-standing or can be attached by means of uncomplicated mounting on the wall.

Cling film 4500
Cling Film from Polyethylen (PE) draw itself trough high liability strength - also on synthetic material - and also durability.
This product comes thereby but without chemical additive. The films are both taste- and odourless, and keep its flavour.
That material is food-safe and absolute harmless for our health.

Non-stick Wrapmaster 4500 foil is 35% thicker...
Content 1 Stück
From €11.99 *
Viewed
Get a
10€*
voucher now
* The minimum purchase value is € 100. Only one code can be redeemed per customer and order. Valid only for new customers or first-time newsletter subscribers.
Trusted Shops Reviews Toolkit: 1.1.3